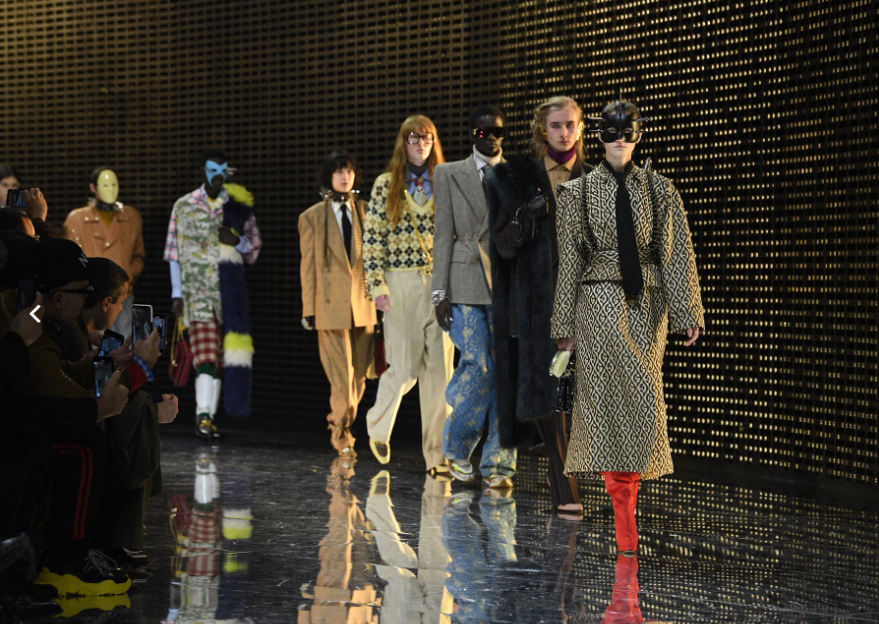 Here we are again in front of the most important event for Italian fashion, which sees the city of Milan in the spotlight.

Italy, home of culture, fashion and good taste, is the protagonist of the fashion shows of big brands that occupy an important place at an international level.
You will see the Milanese streets occupied by glitz and originality who, at all costs, will want to be present.
The fashion week takes place from 19 to 25 February, on the first day large brands such as Gucci and Alberta Ferretti were presented, while on other days we will see brands such as Prada, Fendi, Moschino, (the great Guru) Versace, Cavalli, GCDS, Armani, Biagiotti and many others.

But what do you expect from these big brands, during the fashion week at Milan Fashion Week?

For the autumn-winter fashion of last year, Gucci was inspired by the supernatural with dragons and severed heads, all set in an operating room; carrying forward the idea that singularity is the best fashion: diamonds, tulle, I see-I do not see effect; always representing an alternative and extravagant fashion.
This time, however, we find ourselves in front of a mirrored hill, reflecting both on the ceiling and on the floor, with intermittent and violent lights. The faces of the models are inexpressive and unexciting masks, metaphors of those we decide to wear when we choose to be actors on the stage of the life.

The same applies to clothes that are a bit ‘our masks in everyday life. Alessandro Michele enhances the aesthetics and the hybrid, reinventing the classic, eccentric buzzword. The news? Decorativism: a sort of formal cleaning of volumes and ornaments that could presage an imminent change in the style of the maison. Thinking of a returning neominimalism might seem like madness. But the idea excites us. 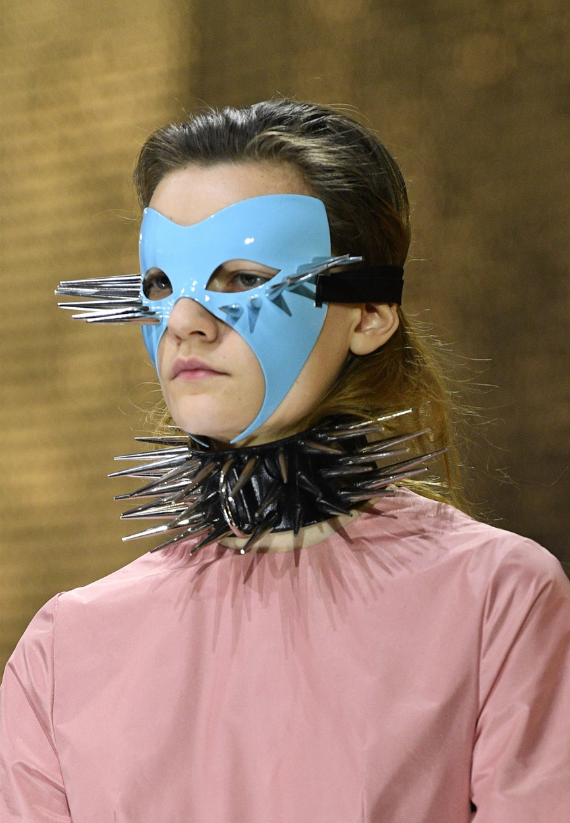 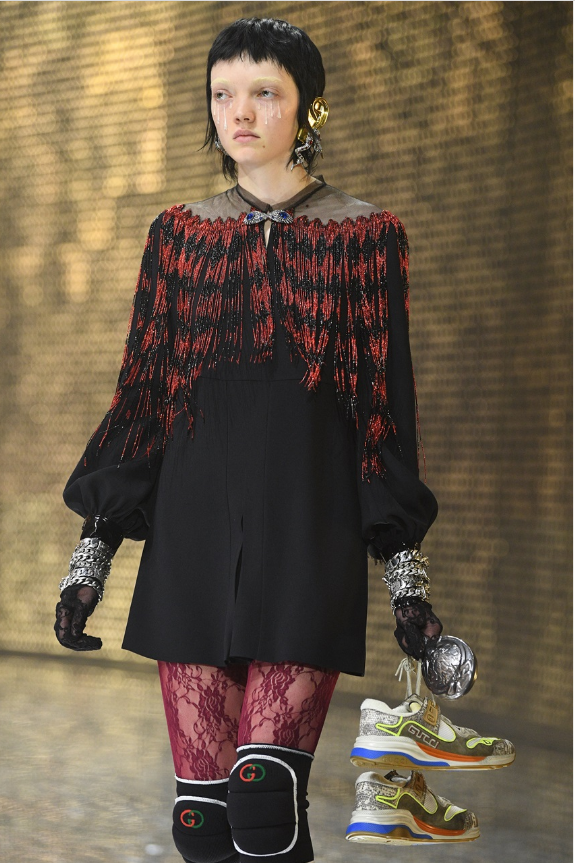 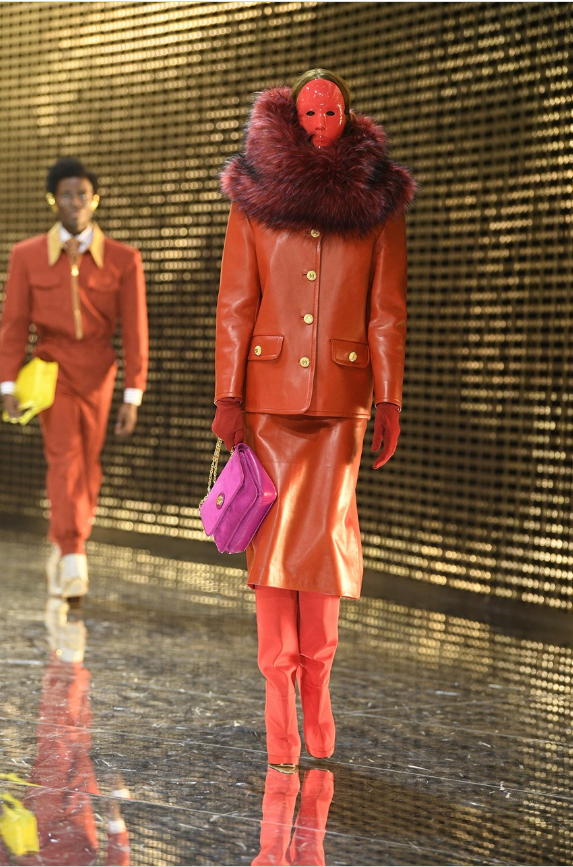 While we find among the most remembered shows that of Moschino, that with their particularity, they wanted to color – in a literal way – their clothes: white background and colored lines; bringing back the fashion of the ’80s with gloves, wide straps, belts tight at the waist.
The models protagonists of this show were Kendal Jenner and Gigi Hadid, who ended the show with a wedding dress that enchanted everyone and won many applause, this during the parade last September.
This year no previews, let us imagine. But if our expectations did not match reality? It could be disappointing.

It is the turn of the great Mrs. Versace at Milan Fashion Week, leaving no room for imagination.
In the last fashion show (Spring-Summer 2019) he carried on a simplicity, not too much appreciated: flowers, fringes and checked patterns – perhaps too little.
On the catwalk, as always, Gigi Hadid, Kendal Jenner and Emily Ratajkowski.
We know well that “waiting increases desire” and we can not wait to show off the clothes that distinguish it from other brands, for her Barocco and Rococò never go out of fashion.

Who debuts, among so many extravagant brands, is Alberta Ferretti.
Begins to be successful thanks to its line of sweaters to theme days of the week and weather and then thanks to its shows that, although very simple, attract the taste of many. We madly fall in love with these sweaters and you?
The latest fashion is a mix between the 1990s and 2000s: oversized jeans jackets, lingerie dresses, Bermudas, lace and cargo pants.
Simplicity is her motto, which is making her so much visibility, or so it seemed to be, if you remember it only in a romantic dress you have to change your mind. Her top model Bella Hadid rigorously wears white and lamé dresses, black and lurex, all in the name of refinement like only Alberta Ferretti can do. The fashion show resumes the 80s on one side and the great return of the military mood on the other. 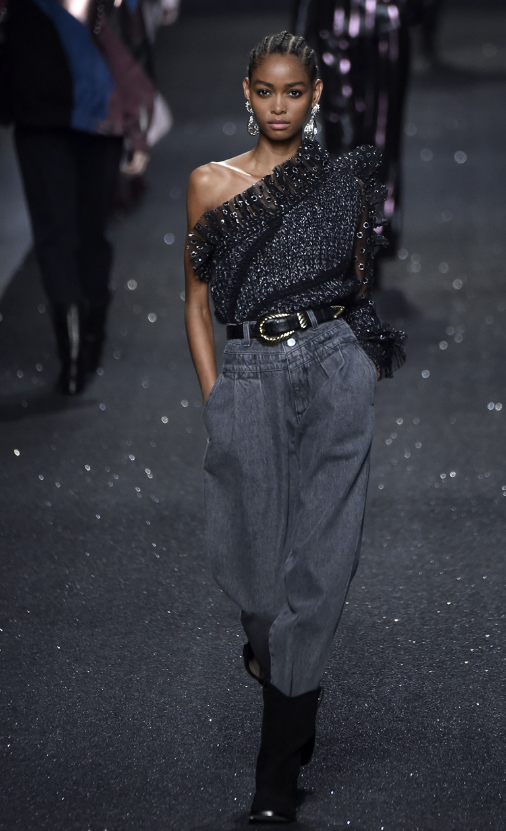 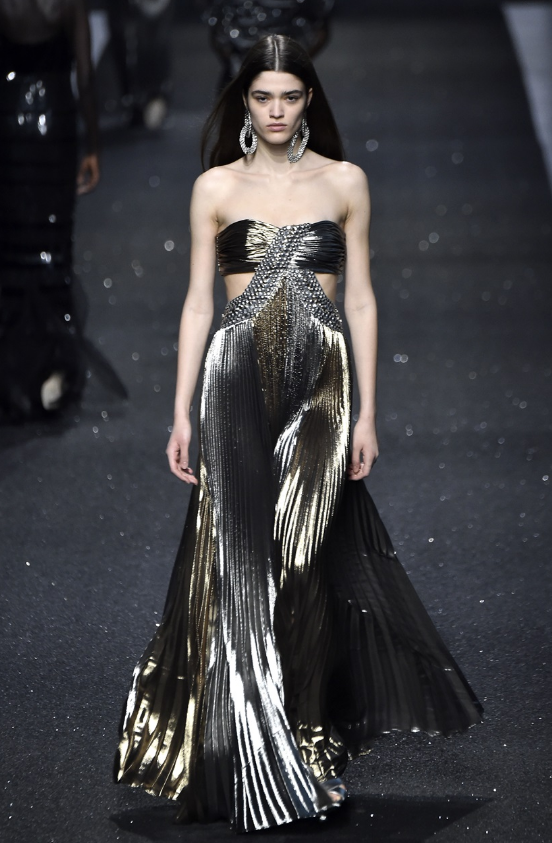 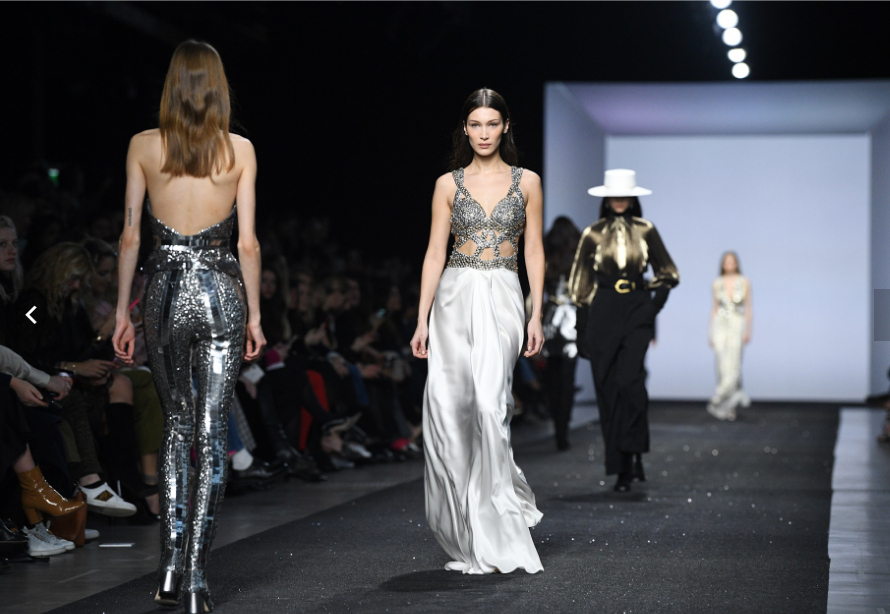 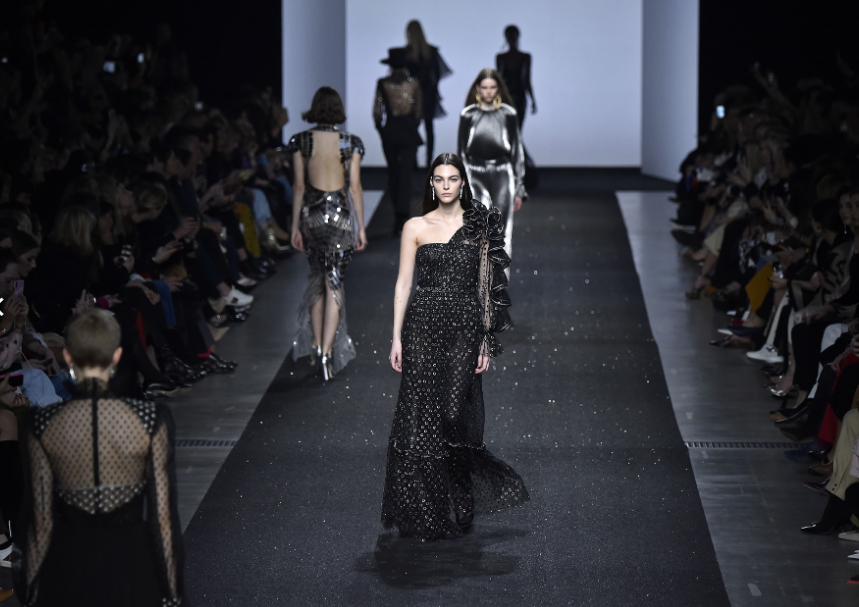 What else to say? We expect a lot from this fashion week and hope that no brand will disappoint our expectations. Here is a summary of what was the first day of fashion shows choosing brands that we like a lot, but still to be discovered the busy calendar of fashion week.

We will keep you updated on the stories on the progress of this Milan fashion week, so stay tuned!

And as one of the greatest English Dandy said, Oscar Wilde:
“Fashion is what one brings: what others bring has already gone out of fashion”. Do not you agree too? 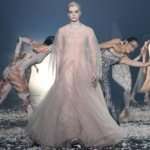 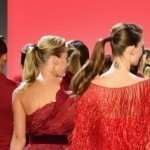 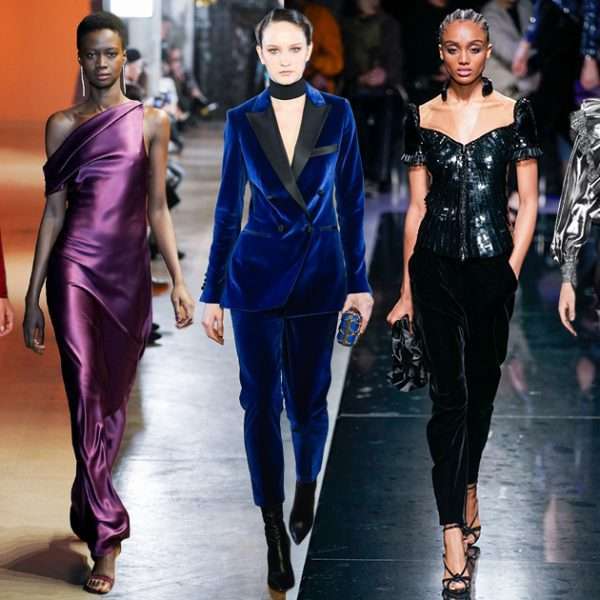 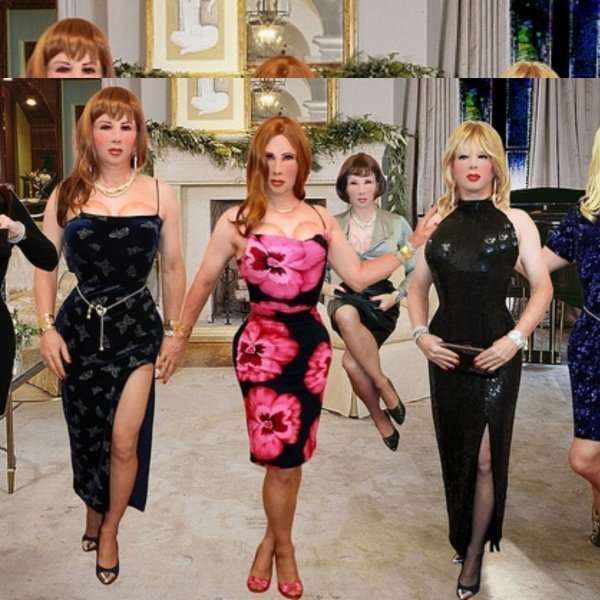 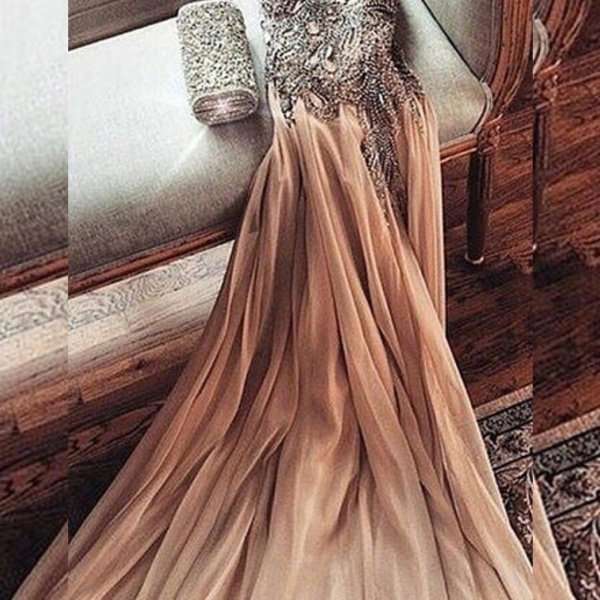